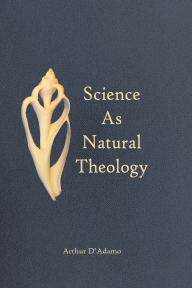 We welcome your thoughts and comments

Select "Chapters" to read any chapter.

Below are two short excerpts.


Imagine creating a list of all the gods and goddesses worshipped over the centuries, in Greece and Rome, in India and in China, on the two American continents, in Africa, and elsewhere. The list would include the following names:
And more. Thousands more. Unless we believe all those gods and goddesses genuinely exist, we must regard at least some of them as fictions.

How might we construct an accurate (or, at least, more accurate) picture of that reality? We should start with what we know, with solid fact; we should begin with the knowledge we’ve collected, refined and repeatedly verified over the centuries. In other words, we should attempt to dispassionately infer the theological consequences, if any, of science.

But certain factors hinder a dispassionate consideration of the evidence. To name but two, the theists' attachment to the emotional comfort and security of their religion, and the atheists' feeling of aversion to religion because of the harm they feel it has done to them or the world. Such factors make an attempt such as ours difficult. Further, we see many theologians and apologists try to deduce the theological implications of science only to conclude science supports their religion but not other religions. Last, science's ongoing quest for more and better knowledge sometimes overthrows old theories, as when Einstein's theory of gravitation succeeded Newton's. So any conclusions we reach today may eventually suffer the same fate as Newton's ideas.

Undoubtedly, various perils threaten the success of our project.


We hope in these pages to describe a worldview that qualifies as theistic, atheistic, neither, or both.

The atheist finds no evidence of the supernatural, and says we live in a universe largely hostile to human life and apparently indifferent to our moral virtues or failings, that when we die our body decomposes and returns to the earth from whence it came, that we cease to exist, and nothing of us remains except memories in the minds of those who knew us.

The theist's worldview satisfies the heart, which seeks the emotional assurance of a powerful Person who loves us and protects us, of eventual justice for the good that goes unrewarded and the evils that go unpunished, of the prospect of a wonderful, eternal life.

The atheist's worldview satisfies the mind, which conducts a dispassionate, clear-eyed examination of the evidence and reaches obvious conclusions.

This book describes a worldview that qualifies as theistic, atheistic, neither, or both.

By analogy, we picture our worldview as a ball atop a mountain peak; on one side lies theism, on the other, atheism. Thus, our worldview lies between the theist and atheist worldviews, and, to some extent, resolves the theist/atheist dichotomy.